Have your say on important proposals to change Northamptonshire’s councils.

The consultation document explains the reasons why change is being considered and covers key information about the options. Once you have read this document, please tell us what you think by completing the consultation questionnaire. The consultation ends on 22nd July 2018, so please submit your feedback by this date. www.futurenorthants.co.uk

The Parish Office will be closed as from this evening (Friday 4th May) until Tuesday 15th May 2018. Contact details are on the office door to be used in an emergency. Calls to the office and correspondence sent during this period will be dealt with as soon as possible. Thank you for your co-operation.

A campaign to raise awareness of the risk of sexual exploitation (CSE) to children involved in gangs is being launched today by Northamptonshire Police, to coincide with National CSE Awareness Day this Sunday, March 18.

The campaign aims to raise public awareness of the early signs of gang involvement among children, and the threat of violence and sexual exploitation which gang association can pose.... Read More »

MESSAGE FROM THE MET OFFICE ADVISOR

Northamptonshire County Councils Trading Standards Service are warning residents to beware of doorstep fish sellers. Last week homes were called at in the south of the county where residents were duped into buying fish that was incorrectly described and near the end of its use by date. They were also misled as to the weight of the fish supplied and the unit price leading to them also being overcharged.... Read More » 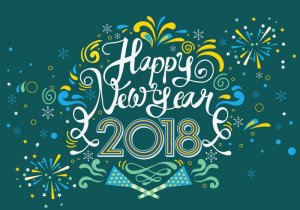 Happy new year and a prosperous 2018

NOTICE OF VACANCY IN OFFICE OF PARISH COUNCILLOR

NOTICE IS HEREBY GIVEN that pursuant to section 87(2) of the Local Government Act 1972, that Peter Dixon has ceased to be a member of Middleton Cheney Parish, and that a vacancy now exists in the office of Councillor for the said Parish Council.

In accordance with the Local Elections Rules an election to fill the vacancy shall be held if, within 14 days after the date of this... Read More »

Every Christmas we get asked if there are opportunities for people to volunteer at Christmas and over the Christmas period.

Here are some ideas..

Hundreds of adult international students studying in the UK will be facing a lonely Christmas on a deserted University campus. You can welcome one or two students into your home for four days at Christmas, learn... Read More »