"As many of our residents may know we are now a 'Statutory Library Service' under the title of a Community Library. This means we are funded by Northamptonshire Council but staffed totally by volunteers. After lockdown we are now back open for our normal opening hours of Tuesday and Friday afternoons and Wednesday mornings. Like all venues we were made to shut due to the pandemic last year but we have... Read More » 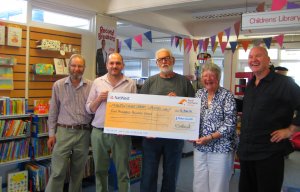 The Library Supporters Group in Middleton Cheney received a boost recently, with a cheque for £500 to support their event – The Big Draw, being held in August/September/October 2015.

Receiving the grant are from left to right: Alan Deary (Treasurer... Read More »

Library Supporters - Into the Breach 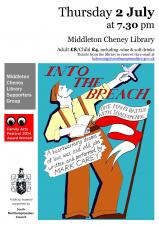 Library Supporters - Into the Breach 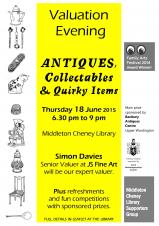 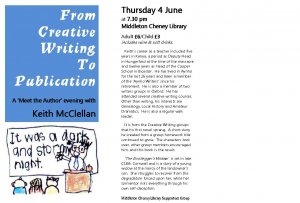