The LABC Regional Building Excellence Awards take place each year to celebrate building works undertaken across the UK and recognise excellence in both technical... Read More »

From Monday 12th October, changes to bus services in Banbury will see improved links to new developments and the main employment sites at the Wildmere Industrial... Read More »

New Police Interceptors To Take the Fight To Criminals 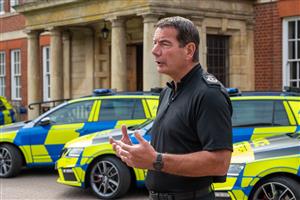 A new policing team is set to be the driving force behind Northamptonshire Police's fight against those who use the county's road network to commit crime.

The Northamptonshire Police Interceptors Team is made up of Response officers from the Force's two Local Policing Areas, who will enhance the work already being carried out the Road Crime Team to deny criminals the use of the roads.

Residents and especially parents need to be aware of the damage to a bench in the Play Area that was set on fire yesterday morning (Monday, 21st September). This was an act of arson and vandalism which is totally unacceptable behaviour. This was really dangerous and had the potential of causing serious harm/consequences to both vegetation close by but more importantly to other children, parents or... Read More »

As a former director of a global computer firm Cllr Anthony Bagot-Webb says he is no stranger to change after he was elected to be the final Chairman of South Northamptonshire Council (SNC).

During the council's annual meeting on Wednesday, 16 September, Cllr Bagot-Webb was appointed as the district's Chairman, and outgoing Chairman Cllr Rosie Herring, was appointed as Vice-Chairman.

Survey: Give Your Opinions on Road Safety

A national survey is asking what people across the country think about roads policing and enforcement.

Tell us your opinion so that your comments can be included in a national review. 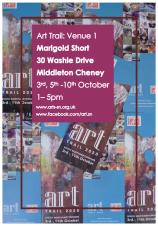 Vouchers worth up to £5,000 will be issued to eligible homeowners across South Northamptonshire to make their homes more energy efficient under a new government scheme being launched at the end of September.

South Northamptonshire Council (SNC) is encouraging eligible homeowners to apply to the Green Homes Grant scheme, which could help pay for environmentally-friendly home improvements such as... Read More »

Fraudsters pretending to be police officers are repeatedly targeting the elderly in Northamptonshire.

Over the past few months, a number of incidents have taken place across the county where fraudsters have pretended to be police officers conducting covert investigations in order to gain the trust... Read More »