The site of the first Baptist Chapel was discussed for many years and was probably in the old Baptist burial ground in Queen Street (near to the Methodist Chapel). The last burial in this ground took place in 1882.

The present church was erected in 1806 and is larger, more substantially built and more spacious than the previous building. The house now known as The Manse in Queen Street was purchased by the church as a residence for their Minister. In 1820 Joseph Ping, a Framework Knitter, sold a cottage to the Baptist Church trustees for twenty five pounds – this is now the site of the Baptist Schoolroom.

In the 1840s a large number of the Baptist community in Middleton Cheney were encouraged to take the enormous decision to emigrate to Australia along with their, much respected, previous pastor – The Reverend George Stonehouse. The families sailed from England on 24th July 1845, arriving in Adelaide four months later. The ship, called the Templar, carried one hundred and nine passengers including thirty-seven government emigrants. It is known that a number of these were from Middleton Cheney and other villages in this area. Several of the passengers were described by the local paper as -

"Gentlemen of talent, respectability and wealth. We are happy to number among the newly arrived the Rev. Mr Stonehouse and some of his personal friends."

Adelaide had only been first settled ten years before they arrived and the contrast to the village in Northamptonshire that they had left must have been overwhelming. However the wife of one of the emigrant leaders later wrote that,

"These people we have brought out, being a superior class of artisans, trades people, shepherds etc., could not fail to be a great benefit to the Colony."

An interesting appointment was made in the early nineteenth century when the new minister, a Mr Morgan from Wales arrived. Church records tactfully state –

"…Being imperfectly acquainted with the English language, he remained only a few months"

In spite of many adversities and tribulations over the years the Baptist Community has continued to thrive and is rather aptly summed up in the retirement speech of a previous Minister who recalled that he and his wife had met with noting but kindness, adding this observation of Middleton people – On his retirement (1912) the Rev. Saville had an excellent word to say of the people of Middleton Cheney. They are the sort. he said who 'wear well.' 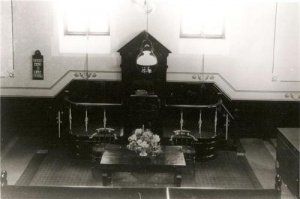 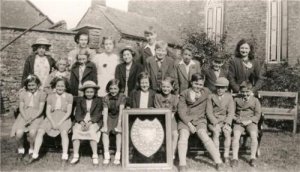